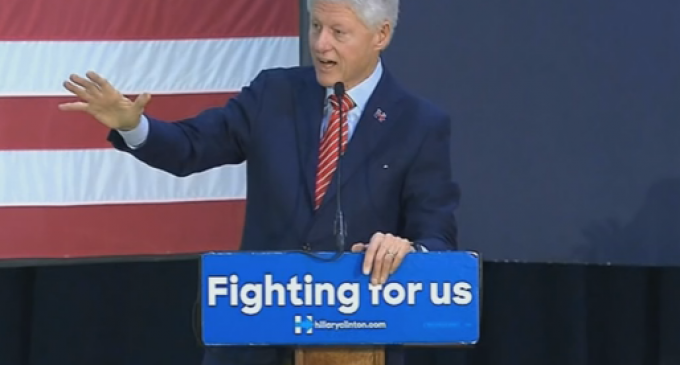 Leave it to Bill Clinton to try to attack his and Hillary's enemies only for it to backfire and make them look bad.

Joining in on the anti-Trump hatefest, as seen in the video on the next page, the former president repeated the tired old canard that Trump is using racism to appeal to Republican voters. His evidence for this outrageous claim? The Republican candidate's campaign slogan, “Make America Great Again.”

Now you're probably thinking to yourself, “How could anybody, even the most deluded, anti-American liberal, possibly get that message from such a slogan?” After all, it seems innocent enough, expressing hope that the country will one day reach the heights it used to in days past.

But not so according to Bill. In his eyes, the phrase is a “coded” appeal to bigoted whites who long for the days of Jim Crow and want to see the racist social order that it denoted restored. An interesting thesis, but one wonders what Bill would make of it if somebody reminded him that he used it himself back in 2008.