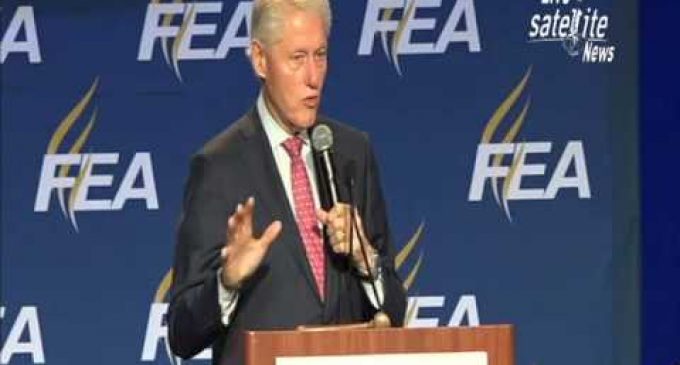 As obnoxious as both Bill and Hillary Clinton are, you can't help but laugh at how much they lack self-awareness.

Although to be fair, it's incredibly hard to tell if somebody lacks self-awareness or is simply being dishonest, and if the Clintons are anything, it's dishonest. In fact, it's hard to think of any politicians in recent memory who have been on as many sides of various issues as either Bill or Hillary have.

Take the example of immigration for instance. During his presidency, Clinton boasted about cracking down on immigration and accused illegal aliens of taking our jobs and resources, positions and statements that earned him praise from liberals. Today, however, he attacks Republicans like Donald Trump for saying the same things and calls them racist and bigoted. But it was a certain other phrase the former president used during a recent speech that made observers guffaw at Clinton's own obliviousness.