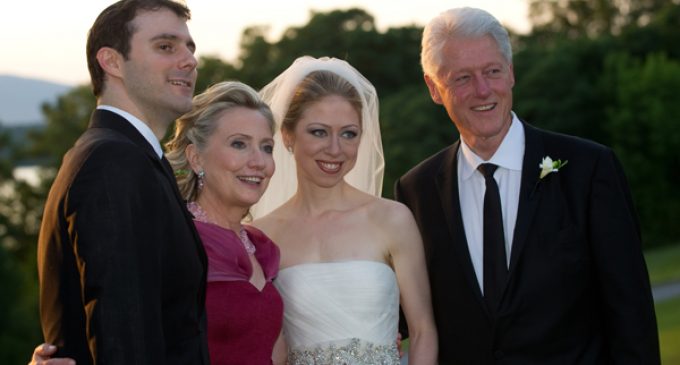 President Trump is a genius. His alleged remarks surrounding calling the nation of Haiti a “Sh*thole” reignited the people's interest in what the Clinton Crime Family did to the struggling developing nation.

All of the Fake News Industrial Complex rushed out to drive home the narrative that the President's alleged remarks were 100% fact, and oddly enough that the longstanding rumors about what Bill and Hillary Clinton reportedly did to the island nation are 100% lies.

Thankfully for us, the American people, we have the common sense to see through these types of mind control shenanigans.

After the Washington Post came out with a story decrying the horrid [TRUE] tales circulating about the Clintons, Bill Clinton took it upon himself to go to Twitter and send out a special little message involving those so-called allegations he and his old broad used money from the Clinton Foundation to bribe Chelsea’s [now husband] into marrying her, and a lavish wedding.