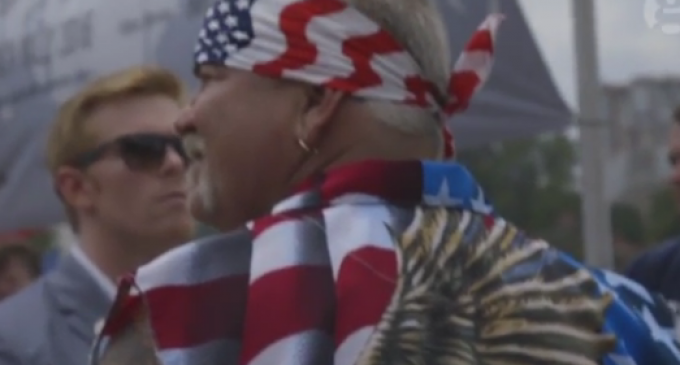 Donald Trump may not have the full, unwavering support of the political establishment behind him, but regular Americans are quite another story.

While failed presidential candidate Jeb Bush is cowardly writing op-eds against Trump from some far-off location, regular joes are convening in Cleveland to support the man that will soon become the Republican nominee for president.

Speakers at Trump's convention are regular American “winners.” They're people not born with a silver spoon in their mouth, but people born with a desire to accomplish the American dream. They're sports stars, actors, and — yes — even a few politicians.

Now that we're getting our first look at the people showing up to support Trump on the streets, we're noticing that the trend of hard-working, good willed Americans is being continued outside of Quicken Arena.

MSNBC interviewed one man who represents “Bikers for Trump” outside of the convention. See the interview on the next page: