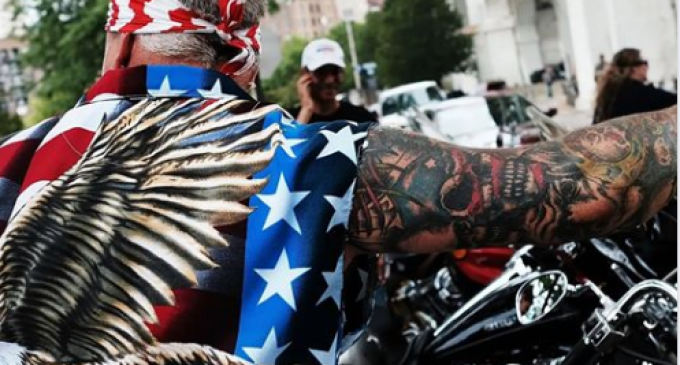 The anarchists that have taken over a six-block zone in Seattle are about to get a taste of their ‘community rules’ ideology that should prove quite unpalatable. Bikers for Trump along with a number of groups are planning to end Antifa’s illegal occupation of Seattle’s Capitol Hill neighborhood on July 4th.

After Antifa put conservative journalist Andy Ngo in the hospital last July, President Trump called the group out for being too cowardly to confront pro-Trump groups such as bikers and construction workers.

“Do you ever notice they [Antifa] pick on certain people?” President Trump asked. “I mean, he [Mr. Ngo] would tell you he’s not the toughest person in the world physically, right?”

What will the soy boys do upon hearing that Bikers for Trump and the Oath Keepers are headed their way next month?