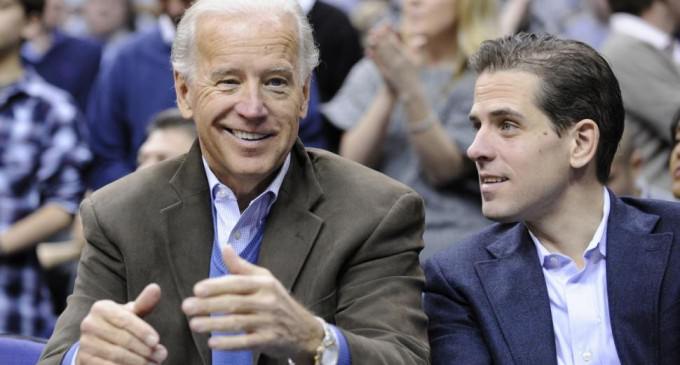 Hillary Clinton set the gold standard for using her office of Secretary of State for personal enrichment, but that doesn't mean others were not doing the same. It just that Hillary was very visible, and the Clinton Foundation was equally visible. So much so that even the liberal media had to comment on allegations of corruption, although they certainly “softballed” things as much as possible.

With Hillary running for president, the attention was rightly focused on her more than on other Democrats. This gave some of them opportunities to fly “under the radar,” and conduct their own nefarious deals with foreign interests.

It looks like none other than the son of good old Joe Biden in cahoots with John Kerry's kids might have been playing things fast and loose with the Chinese. So while everyone was worked up over proposed but disproven allegations of Team Trump playing games with the Russians, it could have been that Mr. Biden's son was doing just that with the Chinese.