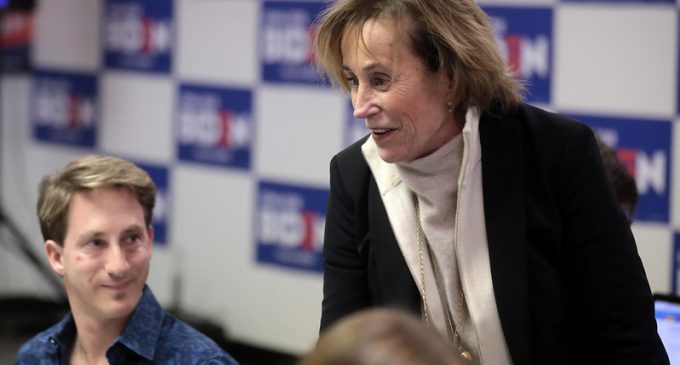 While there's been intense focus on Joe Biden's son Hunter benefitting from his father's political connections, other family members have been cashing in as well.

Valerie Biden Owens, sister of former Vice President Joe Biden, while serving as campaign manager for his 2008 presidential bid, directed $2.5 million from his campaign to her consulting firm.

Author Peter Schweizer provides all the details in his new best-seller, Profiles in Corruption: Abuse of Power by America's Progressive Elite.

The explosive new book details how such leading progressive politicians as the Clintons, Biden, Obama, Sanders and Warren, along with family members, all have cashed in on connections made while serving in office in order to enjoy untold riches after their political roles end.

Until the publication of Schweitzer's book, Owens had pretty much flown under the radar while reaping the benefit of her brother's connections.  The book's revelations have put the Biden campaign back on its heels.

Will the Schweizer revelations cast a bigger shadow over the Biden campaign?