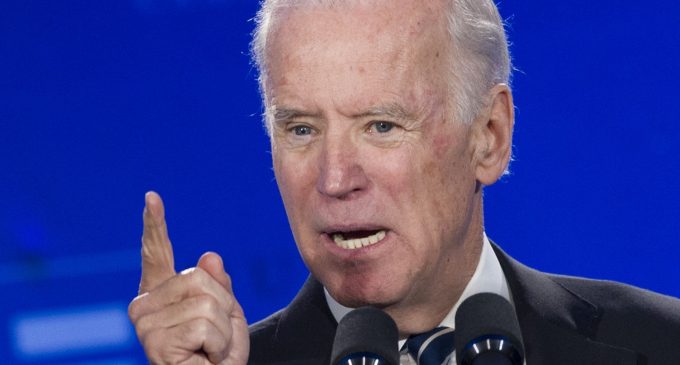 Responding to a reporter who asked if “law abiding” illegals deserve federal benefits, former vice president and 2020 Democratic candidate Joe Biden said that the United States has an “obligation” to give free health care to everyone “whether they are documented or undocumented.”

“I think that anyone who is in a situation where they’re in need of health care, regardless of whether they are documented or undocumented, we have an obligation to see that they are cared for,” Biden said on Wednesday during a campaign stop in California. “That’s why I think we need more clinics around the country.”

Biden then dismissed the notion that the majority of illegals ‘broke down fences' to enter the U.S., claiming most became illegal to expired visas despite the fact that immigration arrests at the Southern border are at a 12-year high.