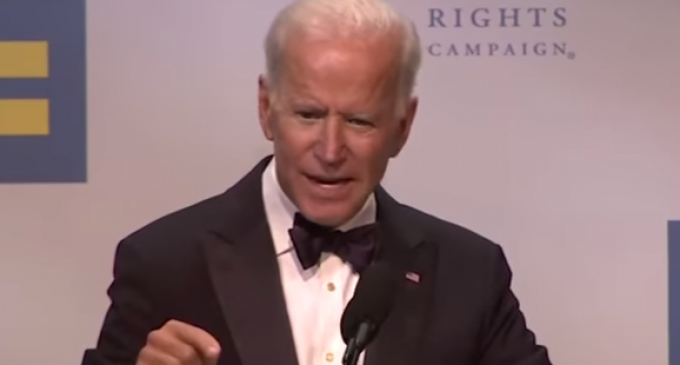 During an impassioned speech at an LGBT charity event, former Vice President Joe Biden lambasted Trump supporters as “virulent people” who are the “dregs of society” but now have a friend in the White House.

“Forces of intolerance remain determined to undermine and roll back the progress you have made,” the former vice president warned. “This time they–not you–have an ally in the White House,” Biden said.

“They're a small percentage of the American people, virulent people. Some of them, the dregs of society,” he said.

“And instead of using the full might of the executive branch to secure justice, dignity and safety for all, the president uses the White House as a literal, literal bully pulpit, callously exerting his power over those who have little or none,” the former vice president said.

Don Trump Jr. was very quick to condemn Biden for his comments.

On the next page you can see Biden's speech plus Trump Jr.'s response: