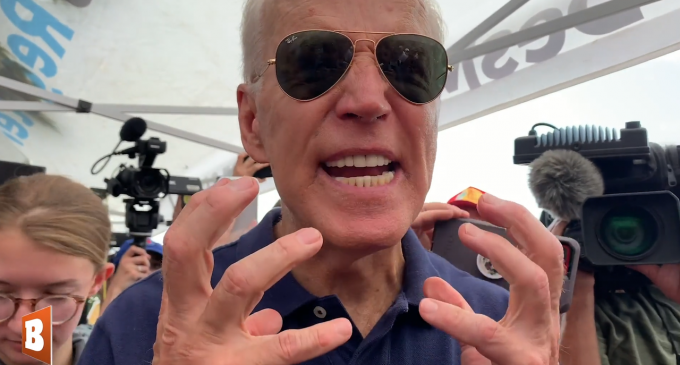 It's quite something that on on hand we have the MSM reverting back to the narrative that ‘President Trump is crazy' and ‘should be removed with the 25th amendment', and on the other we have Joe Biden running around making bizarre gaffe after bizarre gaffe only to end up having to reassure everyone that he ‘isn't going nuts'.

While addressing voters last week in Iowa, Biden mistakingly claimed that Martin Luther King Jr. and Robert F. Kennedy had both been assassinated in the late 1970s.

“Just like in my generation, when I got out of school, when Bobby Kennedy and Dr. King had been assassinated in the ’70s — the late ’70s — I got engaged,” Biden told the audience, before proceeding to ramble about the counter-culture movement of the 1960s.

Then on Saturday, the Presidential candidate mistakenly praised the beauty of ‘Vermont' while on a visit to Keene, New Hampshire.

“I love this place. Look, what’s not to like about Vermont in terms of the beauty of it? And what a neat town. This is like a scenic, beautiful town. The mayor's been a good guy. Everybody has been really friendly. I like Keene a lot,” Biden said.

Check out the video below.