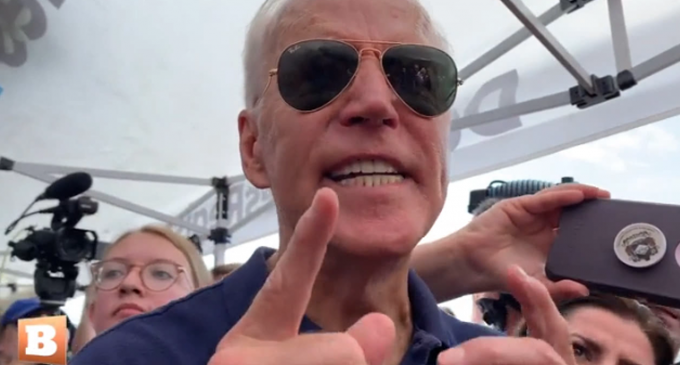 Former Vice President Joe Biden told the Asian and Latino Coalition in Des Moines, Iowa, on Thursday that “poor kids are just as bright and just as talented as white kids.”

You can see Biden realize he just committed a heckuva gaffe and quickly tack onto the sentence: “wealthy kids, black kids, Asian kids.”

He sure didn't help himself move on after the spanking that Sen. Kamala Harris gave him during the Democratic debates last month where she called him out for his praise of two segregationist Democrats.

The gaffe comes just as Biden was moving past the recent controversy surrounding his praise of two segregationist Democrats, the late Sens. James Eastland (D-MS) and Herman Talmadge (D-GA). Biden invoked the men, who dedicated their careers to halting the progress of civil rights, at a fundraiser in New York City in June while touting his ability to get “things done” in Congress.

The remarks, which were controversial in their own right, only served to underscore his 40-year record of opposing busing to desegregate public schools. Sen. Kamala Harris (D-CA) was quick to rebuke the former vice president over the issue at the first Democrat presidential debate, noting that both men had been allies in his campaign against busing.

Check out the video below for footage of these comments as well as video of him getting super triggered over Breitbart News confronting him on his misquoting of President Trump on Charlottesville.