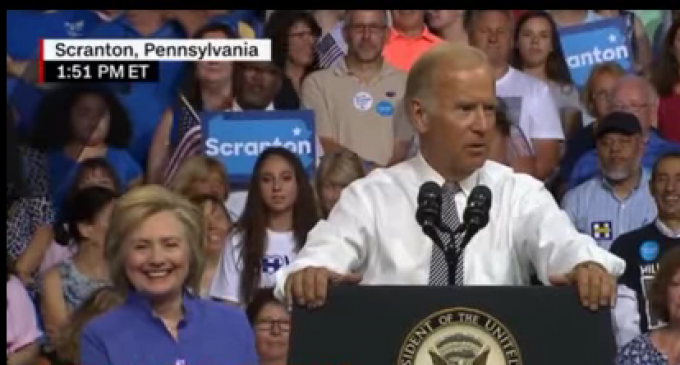 Joe Biden might very well be one of America's greatest mysteries. He's like the fire you lit in your bedroom as a kid that miraculously hadn't burnt down the house. It makes you wonder if whenever he speaks to the public, White House staffers are on the edge of their seats, like those friends you have in college who either try to keep you from drinking because you make a fool out of yourself or encourage it because it's entertaining.

During a campaign rally today, Vice President Joe Biden not only revealed that he had access to the country's nuclear codes, he actually pointed to the individual who had them, and this case, that individual was a military aide present at the event.

He might as well have invited terrorists to dine at the White House. All of this to make what he believed to be a valid point.

Find out what that point was on the next page.