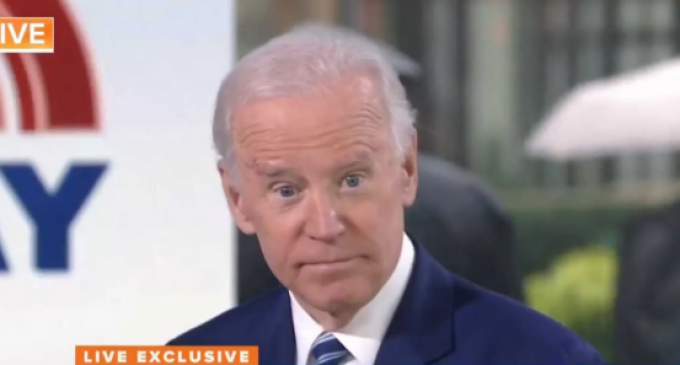 Lots of people wonder why it is that the Democrats didn't push Joe Biden into the presidential race.  Hillary Clinton was a hot mess with less appeal to the American voter than athlete's foot.  For the vice president to NOT make a run when his turn arrives, it does make you a bit baffled as to the absence of Biden last year.

Some say that it was because of the Satanic pact that Hillary made with the DNC in order to assure her coronation, that she took every ounce of momentum away from the party just to gain the ultimate prize.

There are some in the party, however, that whisper that perhaps Uncle Joe is just a tad too old, a tad too White, and a tad too male to run for the presidency.  With all the polls out there in the Fake News Industrial Complex assuring the public that Trump's approval ratings are the lowest since…well…since Moses parted the Red Sea…and now they are headlining that a plurality of Americans don't want Trump to run in 2020, one would think that Biden would be a shoe-in.

Stop the presses, though.  There are those that feel Uncle Joe is just a tad too incoherent.  In a recent appearance, Biden was asked a question about the citizen who ended Devin Kelley deadly shooting spree at the church by shooting the killer with his AR-15 rifle.  The woman was asking him to justify the stance of his party.  His answer was bordering on schizophrenic!  Turn to the following page to read his hilarious and meandering comments!