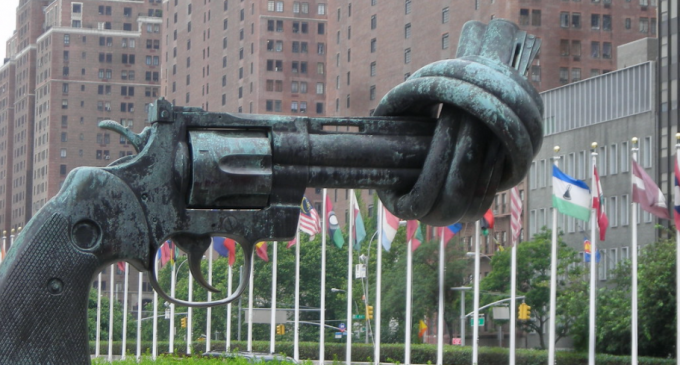 In 2019, President Trump “unsigned” the UN treaty, saying, “My administration will never ratify the UN arms trade treaty. We’re taking our signature back. The United Nations will soon receive a formal notice that America is rejecting this treaty.”

Most of the coverage of the treaty has focused on how the treaty did or did not constrain U.S. arms sales abroad, but the NRA’s complaints have always focused on the treaty’s requirements for end-use verification. The treaty is often cluttered unintelligible vagueness and officials have repeatedly refused to clarify that it has no effect on the possession of small arms by U.S. citizens.

What is obvious is that the treaty urges record keeping of end-users and that each country is to “take measures, pursuant to its national laws, to regulate brokering taking place under its jurisdiction for conventional arms.” What could be construed from the documentation is the requirement that a gun registry is made available to foreign governments.

Move to page 2 for statements made about the treaty by the Biden admin.