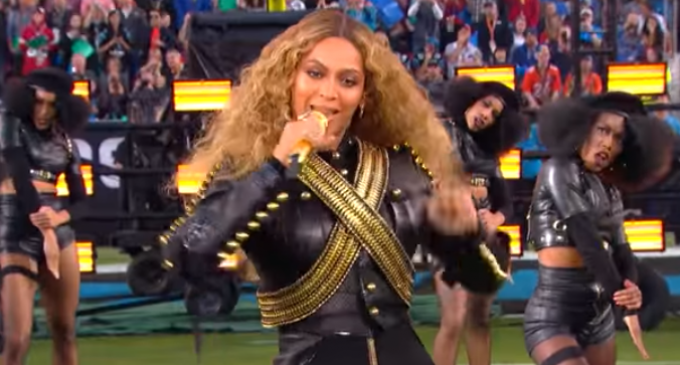 If you watched the Super Bowl this weekend — and it's likely you did — you very well may have been subject to a subtle, yet prominent attack on American police officers.

During the half-time show, Beyoncé performed her surprise new single “Formation” in a collaborative show with both Coldplay and fellow Super Bowl alum Bruno Mars. While the performance seemed innocent enough at first glance, a deep dive into the subject matter reveals a much more political message than you may have initially noticed.

First, her clothes. While criticized initially criticized as just plain odd, then as an homage to the late Michel Jackson, Entertainment Weekly noticed that they were none other than a blatant homage to the Black Panthers.

The accompanying music video for the song even vilifies American cops by victimizing black youth, then, to top off the spectacle of bad taste, submerges a cop car.

This has got America's Mayor fuming. To see what Rudi Giuliani had to say about the performance, continue reading on the next page: