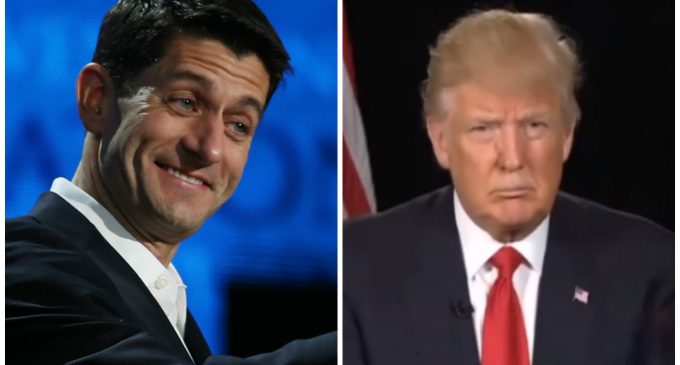 The source of the now infamous tape of Donald Trump engaging in vulgar “locker room talk” appears to have been identified, and it is right at the top — of the Republican Party leadership.  So desperate are Republican Party power-brokers and the neocons to destroy the threat that Trump presents to their agenda that they are willing to stab their own candidate in the back, and by proxy, stab in the back every Republican who has supported the Trump campaign.

It appears now that the tape was released by a top advisor to Speaker Paul Ryan.  So the Republican who serves as Speaker of House is attempting to take down his own party's candidate for president.  This has to be as historic as it is diabolical.

If Mr. Ryan had any integrity he'd resign. Of course, that won't happen.

Should the Republicans manage to hold the House and Ryan get re-elected, those Republican representatives need to see to it that Paul Ryan never holds the Speaker's gavel nor a committee chairmanship again.

Now that we've made that plain, the details of this sordid story of historic betrayal can be found on page two.