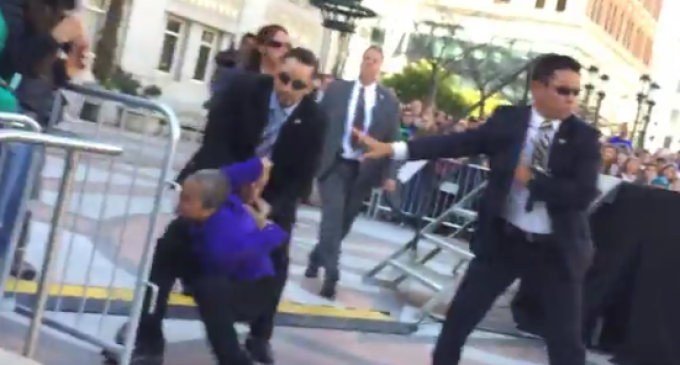 When even minor scuffles surface at a Donald Trump rally, the mainstream media swoops in and plasters it all over the news. “Chaos Erupts at Trump Rally,” the headlines usually read, as the media tries desperately to push the Trump-is-a-manic narrative that has become so lucrative to those in the news business.

Meanwhile, chaos at Socialist Democrat rallies is largely ignored — no doubt because of the liberal love fest the Democrat contenders have with the mainstream press.

This lack of balance became increasingly clear this week. While Trump gets blamed for every shouting match he's at the center of, Bernie Sanders' rallygoers are being beaten with batons by secret service. Still, the event is met a collective yawn by the press — no doubt because they're in bed with Sanders and his agenda.

To see what caused the latest attack, watch the video on the next page: