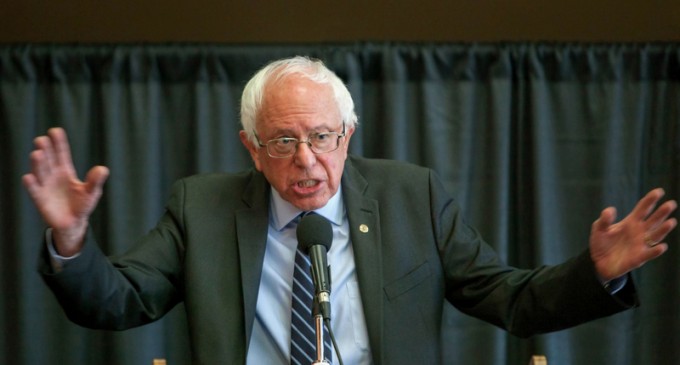 Although it seems Hillary Clinton has the Democratic nomination in the bag, conservatives cannot afford to turn a blind eye to her rival, Senator Bernie Sanders.

An avowed socialist, Sanders has made class warfare a regular component of his speeches and rhetoric since he first ran for public office in Burlington, Vermont. However, the socialist senator typically adds a caveat to his radical ideology, pointing out that he considers himself a “democratic” socialist.

In one sense, “democratic” is a very accurate label for Sanders: under his tax plan, everybody, not just the wealthy, will be forced to pay even more than they already do.

What sets Bernie apart from other liberals is that when they talk about raising taxes, they usually assure voters that they're only talking about raising rich people's taxes. Bernie, on the other hand, has no qualms about his intentions: he plans to increase the taxes of everybody from the wealthiest Wall Street CEO to the most put-upon working-class family struggling to make ends meet.

Read more details about Bernie's tax plan on the next page: