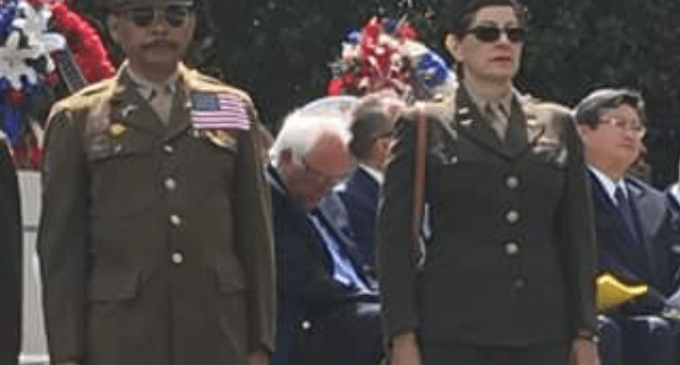 The mainstream media thoroughly covered the vigorous fight among the 17 Republican candidates.  The fighting got pretty nasty at times — primarily between Donald Trump and [insert other GOP candidate here].  There were, however, a few kerfuffles between Ted Cruz and Marco Rubio and Jeb Bush and Rubio.  But the fighting inside the Republican Party this election cycle has honestly been quite tame compared to the ongoing battle in the Democratic Party.

Former first lady and Secretary of State Hillary Clinton and socialist Vermont Senator Bernie Sanders have — for the most part — remained civil to one another in person, but have lashed out at one another to supporters on a number of occasions.  The most bitter — and sometimes violent — reactions have come from Bernie Sanders supporters crying foul over election procedures in states where Clinton wins.

The latest shot in the Democratic battle was fired by a Clinton supporter and high-ranking member of the San Francisco Democratic Party who snapped a picture of the senior citizen socialist senator snoozing during a Memorial Day ceremony on Monday.  Sanders supporters criticized the move as yet another opportunistic maneuver by Clinton and her followers.  To read more, including the — military veteran — Clinton supporter's post, continue reading on the next page: