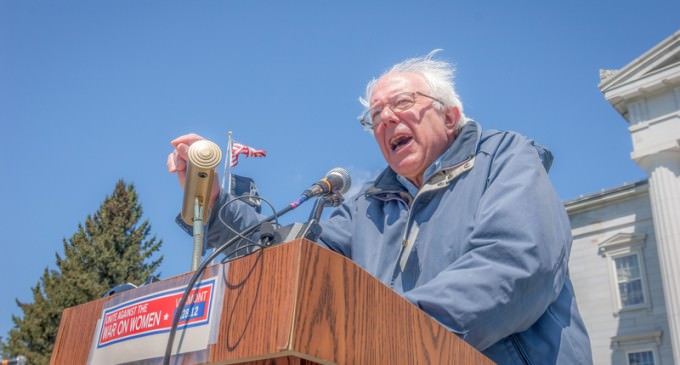 Bernie Sanders is known for his self described socialist policies. At every step, he’s tried to bring more government control into the sphere of economics. Just as often as he urges for more economic control, he does his best to bash capitalism. Remember when he was trying to invalidate the free market by making the ridiculous argument that we don’t need “23 choices of underarm spray deodorants”?

Now he’s at it again, urging the pass of a bill that would raise the federal minimum wage to fifteen dollars. What do you suppose Bernie really thinks of his own bill? Let’s look at Sanders’ actions and see what they suggest.

MORE DETAILS ON THE NEXT PAGE: