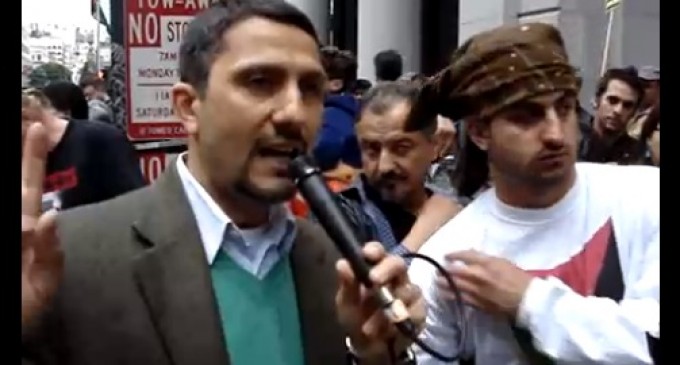 Berkeley professor Hatem Bazian is requiring his students to create a Tweeter account and tweet about Islamophobia.

He is also having students design strategies to help Islamic groups improve their outreach efforts.

One student states, “I’ve been told by one of my professors I will be required, as part of my grade, to start a Twitter account and tweet weekly on Islamophobia. I can’t help but feel this is unethical. This is his agenda not mine.”

Students in Professor Hatem Bazian’s class at the University of California at Berkeley are required to publicly denounce Islamophobia on Twitter while designing strategies to help Islamic groups improve their outreach efforts.

Bazian is a founder of “Students for Justice in Palestine” at Berkeley, where he teaches in the Near Eastern and Ethnic Studies departments. One of his classes, “Asian American Studies 132AC: Islamophobia,” requires students to tweet about Islamophobia, according to Tarek Fatah, a columnist for the Toronto Sun.

Fatah wrote that he received an email from a student in Bazian’s class who claimed: “I’ve been told by one of my professors I will be required, as part of my grade, to start a Twitter account and tweet weekly on Islamophobia. I can’t help but feel this is unethical. This is his agenda not mine.”

Bazian is a leading expert on the topic of Islamophobia. He has worked on projects aimed at countering Islamophobia, according to his personal website. He is also the co-founder of Zaytuna College, the first Muslim college in the United States.

The student claimed that Bazian was using his class as “unpaid labor” for his agenda:

There are 100 students in the class, all of us forced to create individual Twitter accounts. I’m not wholly clear on what our final project is yet (I find it very interesting that he excludes both the Twitter account requirement AND the final project from his official syllabus), but we have to meet with a group in San Francisco, and our class will be surveying people of color on the impact of some ads put out by [anti-Sharia blogger] Pamela Gellar. Now I’m no Pamela Gellar fan, I think she’s nuts, but I feel … between the Twitter stuff and the final project he’s basically using us as unpaid labor to work on his agenda.

Gellar is blogger and noted critic of Islam. She was responsible for creating a controversial advertising campaign that labelled radical Islam “savage.”

“Students in the course will contribute to the documentation of Islamophobia in the community, and develop remedies and policy recommendations,” according to the course description.