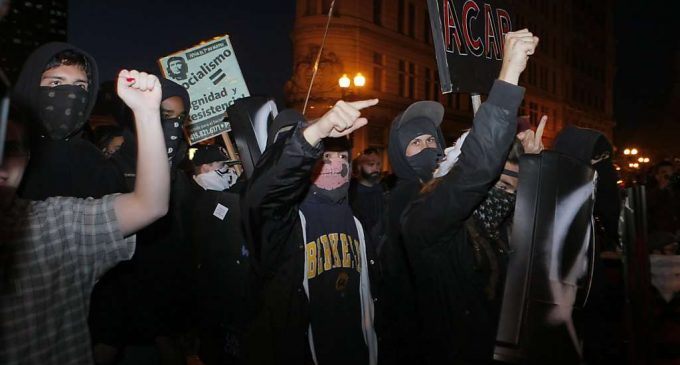 As Berkeley, California, becomes ground zero in the free speech battle between left and right, its hard left-wing mayor is prompting calls for investigations into why he’s ordered his police force to stand down while riots break out in the city’s streets.

Mayor Jesse Arreguin has been accused by many as giving stand down orders to police so conservative marchers at local rallies can be attacked by anarchist groups like Antifa.

In the most recent incident on April 15, a pro-Trump rally organized by a group called the Liberty Revival Alliance came under attack by Antifa thugs with pepper spray, fireworks, bike locks and in one case, brass knuckles.

Find out why at the height of the melee, police held back and let the fighting between the two groups rage on. It’s all spelled out on the next page.