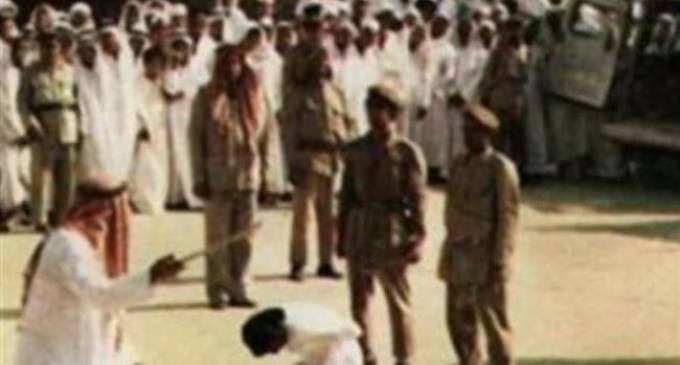 Saudi Arabia is in a bind. The “House of Saud,” or the Saud family, which makes up the royal leaders of modern Saudi Arabia, made a deal with the devil some 150 years ago.

They bargained with the Wahabbi sect, a strict, fundamentalist sect of Islam, for mutual protection and support, which agreement exists to this day. The Wahabbi's have propagated and become the genesis of most of the Islamic terrorist groups in the world today. And with that transformation, they have also become a threat to the ruling Saud family, who they often see as corrupt and insufficiently pious, for which a case can easily be made. For now there is an uneasy balance of power, but the House of Saud knows it could quickly be overrun unless it maintains strict control.

The Islamic religion also seems enamored of chopping the heads off of its enemies. That is true for Islamic State or ISIS, but it is also true for the leaders in the Kingdom of Saudi Arabia. It is an odd throwback to the 8th century, with the marauding bands of Mohammed's shock troops raiding and beheading unsuspecting trade caravans as they made their way across the desert. Western states such as the U.S. and England today have relatively cordial relations with Saudi Arabia, since it is seen as a power player in the Middle East with whom they can work. But the neck slicing is a practice that makes Westerners uncomfortable, and they would like to see it stopped. But that is not likely to happen.

See why chopped off heads will continue, page 2: