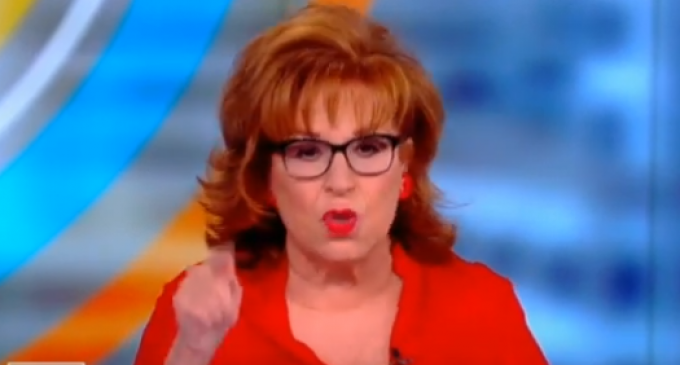 Monday on ABC’s “The View,” co-host Joy Behar said President Trump was the “culprit” for the shooting that happened last weekend at a California synagogue and the rise of ‘white nationalism' that is, according to Behar and her crew, at the heart of these types of incidences.

Co-host Whoopi Goldberg said, “So yet again it’s happened in this country, something horrible. Saturday a white nationalist allegedly opened fire in a San Diego synagogue killing one woman and injuring three others. The 19-year-old suspected shooter also being investigated for a recent mosque fire. He wrote an online manifesto saying he was inspired by recent acts of terrorism from other white nationalists. These incidents are on the rise. What do we do about this?”

Behar replied: “I want to say something about Trump. I wrote down the line—last week Biden introduced a video where he brought up Charlottesville. We all saw that. It was very well done. It reminded me we’re losing the soul of America. The next day Donald Trump defends Charlottesville once again. Says that these people were historians they were more interested in Robert E. Lee then the fact that they were saying ‘Jews will not replace us,’ they were just historians.”

Move to the next page for video: