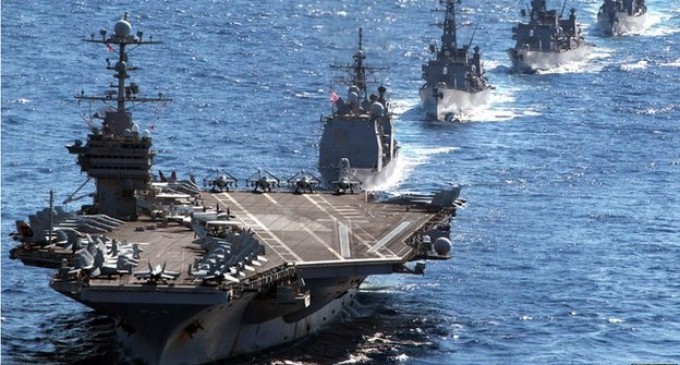 The United States has been preparing for war with China, reported Rupert Wingfield-Hayes of the BBC, after spending time off the coast of Guam upon the USS George Washington.   This news for some may feel as though it is “breaking”, yet the preparations have been going on for some time.

The BBC took notice of this US build up, but so did Yale's Journal of International Affairs, that asked the question, “Who Authorized Preparations For War With China?” back in June of 2013.

On the next page read just how much preparation for war with China has taken place and the abstract of the Yale Journal that proposed that this could be prep for WWIII.