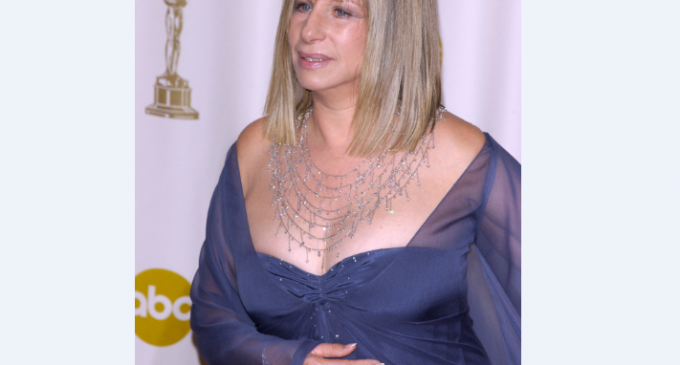 Barbra Streisand is attacking Donald Trump on Twitter again. Seeing how she hasn't been relevant since the creators of South Park turned her into a man-eating dinosaur machine, most people outside of social media probably don't know who she is and don't really care enough to look it up. But don't worry, let us save you a few minutes of searching the web. Barbra Streisand is a musician, who doesn't really make music that appeals to a wide demographic of people, and she's been speaking out against Donald Trump since he announced he was running for the POTUS. Much like Rosie O'Donnell, she relies on social media to let people know that she still exists.

According to her latest Tweets, Donald Trump is making her fat. Seeing how she was fat before Donald Trump stepped into the political ring, it's safe to say she's wrong. Perhaps his time in the White House so far has enabled her to eat things she shouldn't without feeling bad about it . . .

. . . wait there might be something to that. It can be marketed as the Donald Trump diet. All of the annoying “celebrities” can eat themselves into a coma and nobody will have to worry about their annoying Tweets anymore. But back to good ol' Babs and her pancakes.

Find out exactly what she said on the next page.