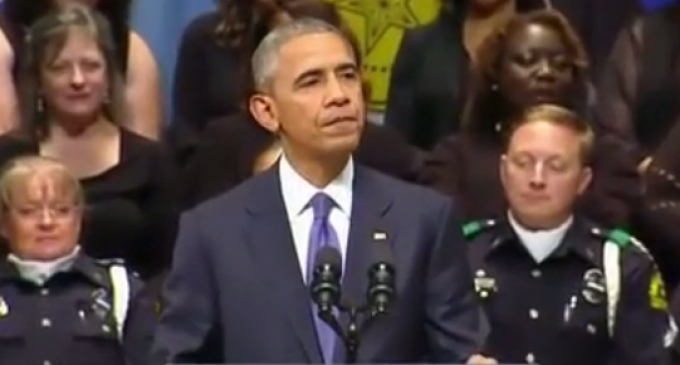 When Barack Obama was running for president for the first time in 2008, his status as an African American convinced even long-time conservatives to vote Democrat. He was supposed to be the president that finally put race behind us, and let us move on as a more unified country.

Unfortunately, the post-racial America that so many thought Barack Obama would bring never came to be — far from it.

Race relations in America are worse now than at any point in decades, and nearly everyone has given up on the president's ability to bring the country back together.

Well, everyone but one, actually.

Barack Obama still thinks he's the man that can finally fix racism in this country, despite the fact that his previous efforts on the matter have done nothing but make them worse.

See Barack Obama's painfully oblivious quip  on the matter on the next page: