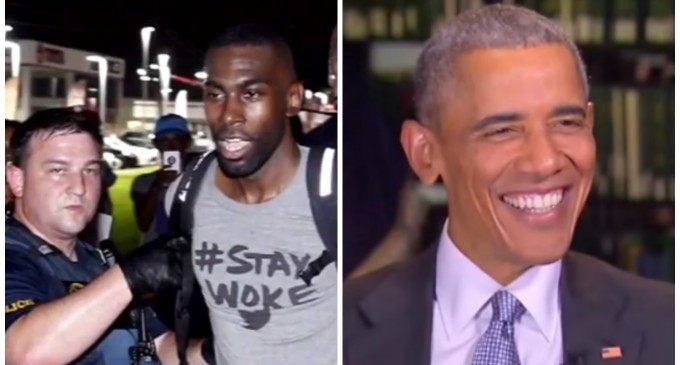 Barack Obama isn’t backing down from his support of Black Lives Matter after the movement led to the death of five Dallas police officers. Instead, he’s doubling down and inviting them to the White House – even the recently arrested.

It’s easy to assume that the meeting was some sort of publicity stunt on the part of the president, but the White House neglected to put the fact that the organization was involved on the president’s official schedule. Instead, they were listed as “activists.”

Black Lives Matter’s involvement with the meeting was instead outed by members of the organization on Twitter.

So Barack Obama is meeting with Black Lives Matter, but doesn’t want anyone to know about it.

See the tweets that exposed the president’s secret meeting by continuing on to the next page: