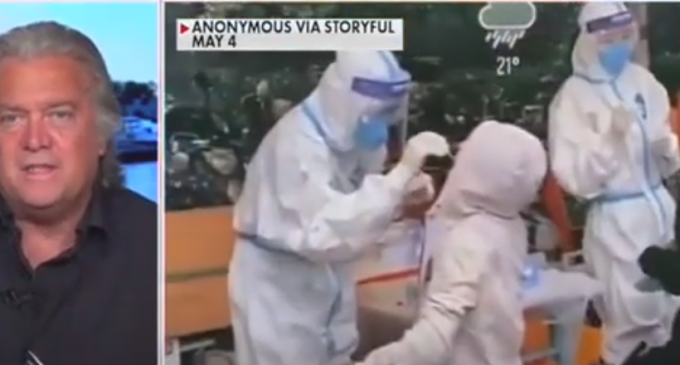 President Trump's former White House Chief Strategist Steve Bannon claims that the Western world is actively building a case against Beijing in an attempt to prove that the coronavirus was “leaked from a Wuhan virus lab.”

In March a Chinese official spun a tale that the US military brought the coronavirus to China and President Donald promoted, without evidence, the theory that a virology lab in Wuhan accidentally released the SARS-CoV-2 virus.

“I think that they [spy agencies] have electronic intelligence, and that they have done a full inventory of who has provided access to that lab. I think they have very compelling evidence. And there have also been defectors,” Bannon said.

“People around these labs have been leaving China and Hong Kong since mid-February. [US intelligence] along with MI5 and MI6 are trying to build a very thorough legal case, which may take a long time. It’s not like James Bond,” he continued.

Should Bannon's claim prove true, we can expect tensions to go to all new heights as it seems the US will take soon take this evidence to the world to hold the communist nation accountable. Mover to the next page for details.