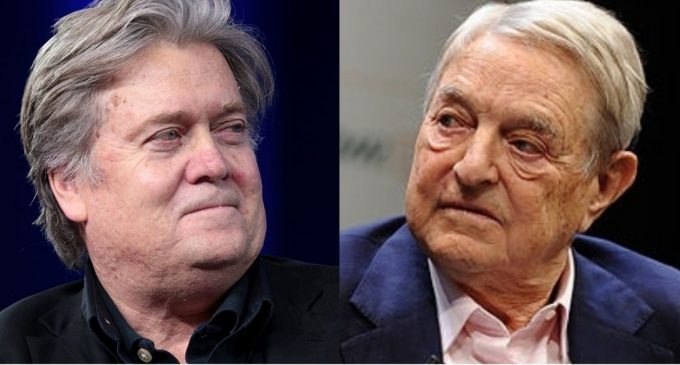 Steve Bannon, Trump's former White House chief advisor and former executive chairman of Breitbart News, plans to take on George Soros in a toe-to-toe battle over Europe. The plan is to lead a populist revolt throughout the EU in order to crush Soros' socialist grip to smithereens.

Bannon seeks to lead a populist revolt throughout Europe by setting up a foundation called The Movement, which he hopes will rival Soros' Open Society Foundations. Currently, plans are to establish headquarters in Brussels.

Trump’s former White House chief advisor told The Daily Beast that he is setting up an NGO in Europe called The Movement which he hopes will lead a right-wing populist revolt across the continent starting with the European Parliament elections next spring. Naturally, liberal politicians are frightened.

Move to the next page for full details: