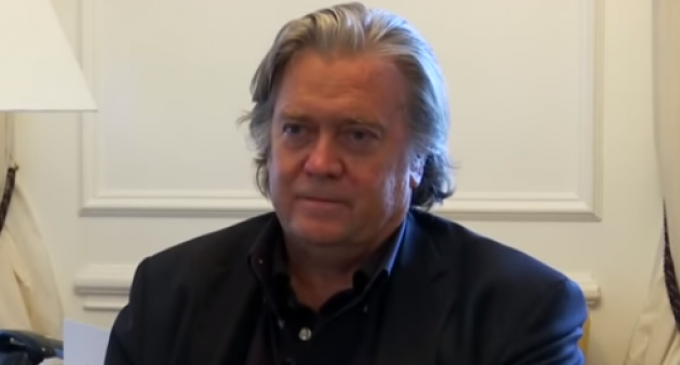 In response to the anonymous op-ed published in the New York Times on Wednesday, former White House chief strategist Steve Bannon told Reuters that President Trump is facing a “coup” the likes of which haven't been seen since the American Civil War.

The column slammed Trump's “amorality” and the author claimed to be part of a secret “resistance” inside the government protecting the nation from its commander in chief.

President Trump appears to have narrowed down who he believes composed the piece.

Earlier on Friday President Trump said that Attorney General Jeff Sessions “should be investigating who the author of that piece was, because I think it's national security.”

“I don't want him in those meetings. We're looking at it very strongly from a legal standpoint,” Trump said aboard Air Force One, making the point that the senior administration official probably has a security clearance as well as access to high-level meetings on national security strategy.

On the next page read what Bannon had to say on the issue: