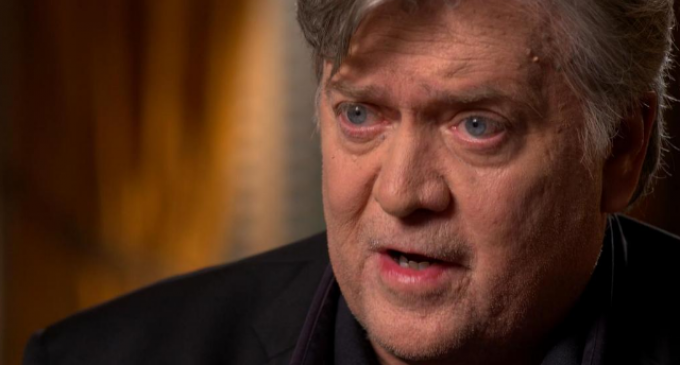 Stephen K. Bannon is not going to be pulling any punches now that he's free from the Swamp's oily clutches.  While acting as the president's Chief Strategist, his ability to suggest to Trump the most honest and direct way to talk to his base led him to a wonderful trashing of not only a vile woman whose primary motivation was money and not country, but also the Swamp Establishmentariat itself, proving beyond a shadow of a doubt that we, in fact, are the elites in this country.

Without so much as a whisper of discontent, the former strategist laid out in stark black and white terms what is wrong with the Swamp and who is ultimately responsible for not implementing the Trump agenda.

Bannon paid a visit to CBS' “60 Minutes” to set some things straight and ended with a bang, as Charlie Rose attempted to squeeze out of Bannon some disrespect or angst about President Trump.  Instead, he managed even more to solidify the sentiments of Conservative America!

Turn to the next page to find out more about his comments behind enemy lines!