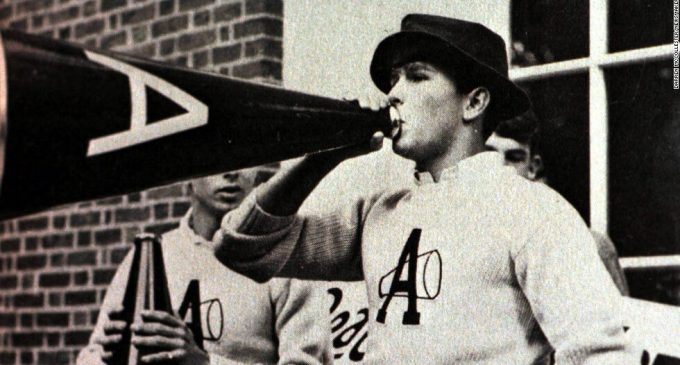 And this is good old Boston,
The home of the bean and the cod,
Where the Lowells talk only to Cabots,
And the Cabots talk only to God.

The last line of this poem should have been “And the Bushes talk only to God,” because they are apparently so completely venerated by the Left nowadays as to be nearly as angelic as Barack Hussein Obama.

As of late, George W. Bush, who was adamantly and defiantly quiet during the long and destructive Obama regime years, has suddenly become a “woke!” Swamp RINO.  While not having wallowed in the oily and fetid Swamp mud for nearly a decade, Bush seems to have hopped right back into the pigpen with his old buddies, the Democrats, despite the media having portrayed him throughout his tenure in the Oval Office as a man bent on the destruction of humanity who was one French fry and a cheeseburger shy of a Happy Meal.

Yet, fast forward almost a decade, have him give a few words of praise about Obama and the Clintons, and have him suddenly done the cap of elitism and begin bashing Trump and the American voter and faster than you can say “Uranium One,” he's a rock star godling in Leftist circles.

At a luncheon organized by the Remembrance Project, an organization designed to recognize those victims of illegal aliens over the years, Steve Bannon spoke to the crowd about his thoughts regarding modern politics.  Read on the following page about his specific remarks on the Bush dynasty and how George W., in particular, is a “Brahmin Yankee and a fake cowboy!”