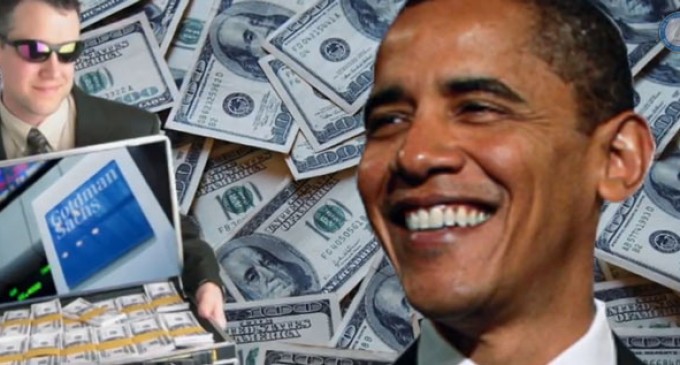 If people steal your money, and you show proof  it's not unreasonable to expect they would face some consequences in justice system, but things are different in the world of Wall Street and the White House. The bankers who stole trillions from Americans, as detailed in a 635-page Senate report, “Anatomy of a Financial Collapse,” discovered that despite being caught red-handed, a few simple payoffs were enough for them to avoid the consequences.

…this isn't America anymore. It’s Obama’s corrupt Chicago politics transplanted to Washington, D.C. According to Peter Schweizer’s just-published book, Extortion,  after the Senate’s scathing report came out, the White House held a secret, off-the-record “dinner” for the Wall Street elite —a masquerade for a fundraiser—in which top Wall Street firms essentially bribed the Obama administration to not indict their corrupt companies.  Before the “dinner” was over, checks totaling several million dollars were collected.