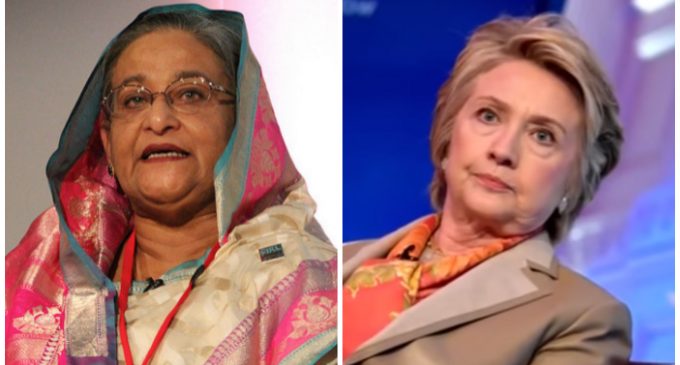 Like a scene out of an old mob movie from the ’40s, the Clinton Foundation appears to be on the fringe of illegal or questionable activity no matter how far away from elected office either of them are.

This particular story revolves around yet another Clinton Foundation donor who expected the Pay-For-Play scheme to work for him, fully anticipating that the coronation of Hillary Clinton was a foregone conclusion.

His name is Dr. Mohammed Yunus, a 2006 Nobel Prize winner and “friend” of the Clintons.  Like any friends of the Clintons, you must show your fealty to the king and queen through tribute.  Dr. Yunus made sure that the tribute he rendered was sufficient enough to assist him in beating back the Bangladesh government from pulling him from a prestigious position at the head of one of the leading banking organizations in the country, as well as help him battle in the courtroom, for which an active investigation was underway for charges of malfeasance while at the helm.

It began when Dr. Yunus turned 61 years old and was required under bank charters to resign from his post to make way for a new bank chairman.  Instead of retiring from the position, he wrangled a deal to remain in his post for another 10 years!  At 70, Dr. Yunus was still fully intending on remaining on board when charges were lodged against him by the government, accusing him of illegally drawing a salary and allowances for the past decade.

Meanwhile, on the other side of the planet, in the State of New York, Hillary and Bill were busy collecting massive amounts of donations from all over the world.  Hillary had just sealed the deal on a uranium sale to the Russians for a great payday of 2.5M.  After the deal was finalized, the Russian Atomic Energy Agency graciously flew Bill Clinton to Moscow to regale the Russians with a speech that netted the Foundation coffers another cool 500K’s.  Cha-ching!

It was during these good years, that Hillary and Bill accepted a donation from Dr. Yunus in the amounts of between 25K and 50K.  Additionally, the bank that Yunus chaired also magnanimously (and of its own accord, no doubt) donated additional gifts of between 100K and 250K.  It’s safe to assume that the Clintons were very “grateful for his interest in their Foundation.”

Needless to say, when the investigations began into the Yunus affair in Bangladesh, it wasn’t long before the Prime Minister Sheikh Hasina was getting phone calls from Secretary of State Hillary Clinton.

While secretary of state, Hillary Clinton made a personal call to pressure Bangladesh’s prime minister to aid a donor to her husband’s charitable foundation despite federal ethics laws that require government officials to recuse themselves from matters that could impact their spouse’s business.

Before long, the Prime Minister’s son decided to confirm his mother’s story about how Secretary Clinton called her to “intimidate” the Bangladesh government to drop the charges against Yunus AND retain him in his position as chairman!