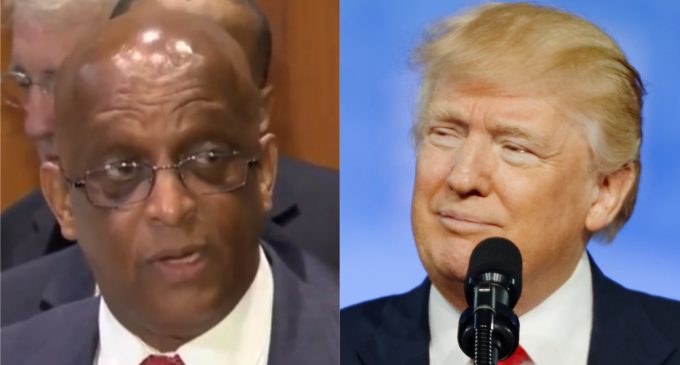 Baltimore Mayor Bernard “Jack” Young (D) chimed in on the firestorm surrounding President Trump's tweets about the city by telling the President that he should “stop talking” and “send money.”

Young, who took office in May 2019 a week after Catherine Pugh resigned amid corruption investigations, is demanding more money even though the mayor’s budget is already spending $66 million in federal grants this year alone.

“If he really wants to, he needs to send us the federal assistance — not only to Baltimore, to cities around this country that are in the same situation that Baltimore is in — but he’s so interested in childish tweets,” Young told John Berman on CNN's New Day.

“I mean, if you want to help us, help us. Don’t talk about it, send the resources we need to rebuild America,” Young stated. “He’s talking about he wants to ‘make American great again.’ Put the money in the cities that need it the most and that way you can make America great again.”

According to the official copy of the city’s Fiscal Year 2019 budget, Baltimore is already spending “$66.3 million in federal grants,” and its “federal fund operating appropriation is budgeted at $165.9 million.”

“In Fiscal 2019… the Federal government is providing a combined $30 million for the renovation of City streets, highways, and traffic engineering projects,” the document reads on page 185.

Several line items of “Federal Fund Appropriation” include $1 million for “general services,” $2.38 million for “Youth Violence Prevention,” $8.77 million for “Housing and Community Development,” and a whopping $29.19 million for “HIV Treatment Services for the Uninsured.”

The city’s budget was finalized under former mayor Catherine Pugh, who resigned just months ago amid a scandal alleging “self-dealing” arrangements, where entities seeking to do business with the city reportedly bought thousands of copies of a children’s book by Pugh to boost its sales numbers. Young, who was city council president at the time of her resignation, became acting mayor and will potentially face his first election for the position in 2020.

On top of all this, in 2009 then-President Barack Obama sent Baltimore $1.8 billion as part of the American Recovery and Reinvestment Act.

The Baltimore Sun published an op-ed Sean Kennedy in Nov. 2016 — the same day Trump was declared the winner of the 2016 presidential election — where Kennedy called for Baltimore to be declared a disaster and rebuilt.