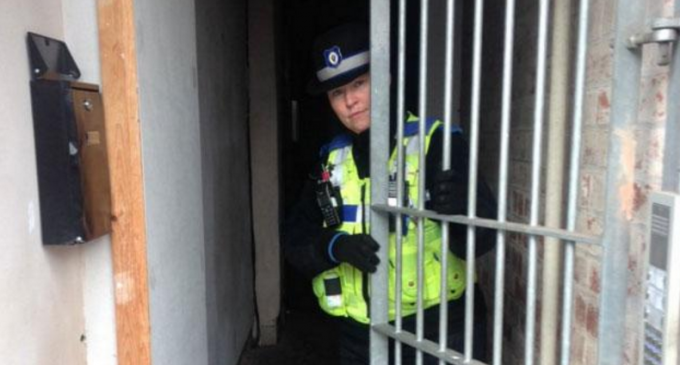 In one of the most inappropriate displays imaginable, police in the British town of Coventry launched a Twitter campaign, dubbed “#stoleninseconds”, to remind people to lock their doors and windows. While this in and of itself sounds quite inoffensive, the way it was done was very much so.

Taking pictures of themselves on patrol throughout the town, officers documented themselves standing inside citizens' homes. Explaining that the point was to show how easy it would be for burglars to enter, police let themselves in and proceeded to photograph their exploits.

As you might have guessed, citizens were not amused by these blatant intrusions, with Twitter users criticizing the pictures on social media and demanding officers stay off their property in the future.