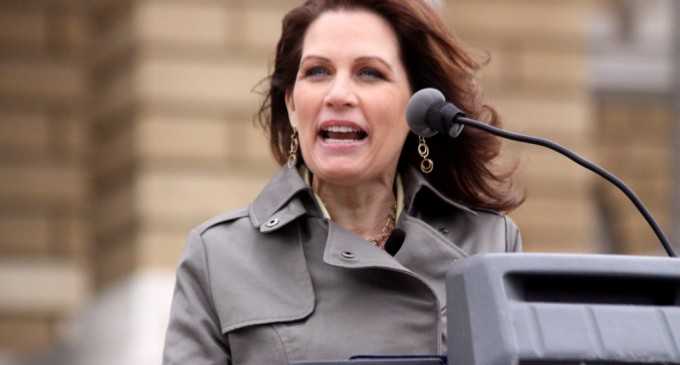 Keep your ears wide open! Hopefully we will hear that word come out of another representative's mouth…then we might be on folks!

A post from us earlier today was of impeachment papers that were drawn up and will soon be sent to congress. Now we have Bachmann describing Obama's actions during the shutdown ‘thuggary' and suggests to bring impeachment hearings.

Something smells good all of a sudden…

Obama really screwed up with his temper tantrums during the shutdown. Messing with our veterans??? Damned fool.

Hopefully it will be enough for him to lose sufficient support to bring him down. Next post from us is on James Woods contentious words regarding Obama, stating that in making such remarks about Obama he never expects to work in Hollywood again.

When you've got Hollywood doing such unheard of things, it means you're in trouble, Mr. President.

As the federal government’s partial shutdown, sparked by Senate Democrats’ refusal to discuss budget compromises with Republicans in the House, continues, there’s a word more and more members of Congress are connecting to President Obama.

Rep. Michele Bachmann, R-Minn., declared Tuesday that Obama has “committed impeachable offenses” and warned that America slowly is turning into a dictatorship under his leadership.

“We can have an impeachment hearing in the House, and in my mind the president has committed impeachable offenses,” Bachmann told talk show host Rusty Humphries in an interview that was reported by The Hill Wednesday.

She described the actions of the administration, including shutting down national parks and preventing veterans from visiting war memorials, as “thuggery” and stated that the American people have had just about enough of it.

“We see thuggery going on in the White House, we’re not going to take it. We’ve drawn a line in the sand, and we’re telling the president you need to recognize … that you are a co-equal branch of government. You are not a dictator.”