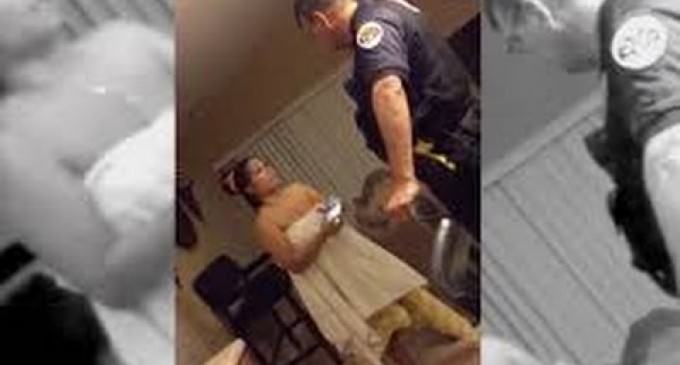 “I felt helpless. I felt violated. And honestly, I felt molested,” said Esmeralda Rossi in an interview by Arizona ABC affiliate, ABC15

Rossi is planning a lawsuit against the city of Chandler, Arizona, after police entered her home and handcuffed her naked.

Chandler Police launched an internal investigation after the incident. One of the officers involved retired in the middle of that investigation.
Police arrived at Rossi’s home after receiving a call about an argument between her and her estranged husband.
“I was in the shower,” Rossi said. “My daughter came to the shower and said there are two officers at the door. So I just grabbed a towel.”

The video on the Next Page is not for the faint of heart, but it shows the clip captured by Rossi’s daughter during the disturbing encounter: