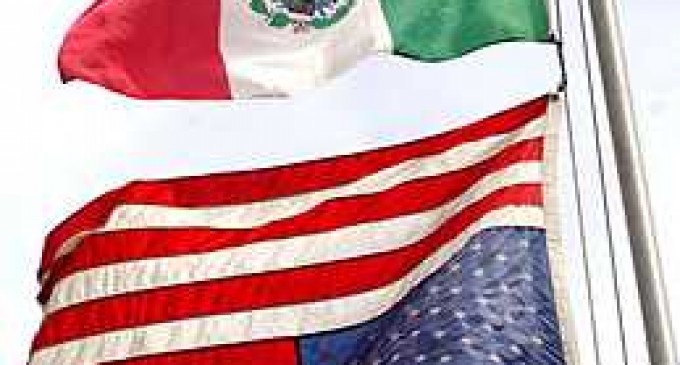 After Terri Bennett, an AZ nursing student, requested that her class be taught in English, she was called a ‘bigot' and a ‘bitch' and was actually suspended from her college.

It seems Ms. Bennett's class was divided up into smaller groups and she made it into a group where she was the only English speaker, so the class was taught in Spanish. In another class Spanish was used so much the she ‘couldn't concentrate'.

Yet, her complaints were met with accusations of “discriminating against Mexican-Americans”.

She has filed suit against the college for “learning environment [that] was hostile to her as an English-language speaker.” The case goes to trial in March.

We're getting very far down the hole when one can't even get college instruction in English…in English-Speaking America.

If you would like to call the college and voice your discontent:

As if it isn’t enough we have to battle BOTH parties to keep tens of millions of illegal invaders from being handed amnesty, we also have to fight just to maintain our common language. And as with the La Raza Studies battle in Tucson, Arizona is once again the battlefield.

An Arizona college is being sued for labeling a student a “bigot” and punishing her with a long-term suspension after she requested that English be used in her nursing studies class so she could learn the subject.

The action was filed against Pima Community College on behalf of student Terri Bennett, who alleged that school officials created a “learning environment [that] was hostile to her as an English-language speaker.”

The case will proceed to trial in March.

According Bennett’s legal complaint, she started nursing classes at PCC in January 2013. During classroom hours, she and her fellow students were divided up into smaller groups, and she was “the only first-language English speaker” in her group. The other students in her group “spoke primarily in Spanish.”

The students were asked to fill out class evaluations in March and were told their answers would remain anonymous. Thus, Bennett indicated on her evaluation she would prefer “there were no Spanish in the classroom.”

During another class, Bennett stated shortly after turning in her evaluation, Spanish was used so heavily in the classroom that she said she could not “concentrate.” By April 3, Bennett claimed her learning environment was so challenging that she “followed PCC procedures and requested an interview with the Director of the Nursing Program.”

Bennett’s complaint alleges that, after she told nursing director David Kutzler of her struggles, he accused her of “discriminating against Mexican-Americans” and of being a “bigot and a bitch.”

The next day, April 4, Bennett was summoned to a broader meeting of PCC staff where she was allegedly told she was “discriminating” and that she would “not get a job” even if she finished her degree. Kutzler allegedly took part in this meeting as well, confronting Bennett with her “anonymous” class evaluation.

On April 15, Bennett was given a routine progress report in which she was accused of having “ineffective communication skills.” On April 22, security personnel were waiting for her when she arrived at school; she was suspended and reportedly “instructed to leave campus immediately.”

“Then on Monday morning, April 22, 2013, Ms. Bennett arrived on campus. … She immediately noticed Mr. Kutzler running from his car into the Nursing Office building. She also noticed there were several law enforcement vehicles in the parking lot. … As Ms. Bennett entered the building, she was approached by a man who identified himself as head of PCC security, and who requested whether she was Terri Bennett and requested her to show her identity card, which Ms. Bennett did. … Ms. Bennett was given a sealed envelope, informed that she was immediately suspended from PCC, and instructed to leave campus immediately. … Upon information and belief, a police vehicle followed her to the freeway. Mr. Kutzler sent an email to PCC staff advising them that they were not allowed to talk to Ms. Bennett.”

She was given a letter saying her suspension was based on charges that her “presence on College property [posed] a significant risk of disruption of educational activities” and that she “engaged in discriminatory conduct,” among other charges.

Arizona’s constitution is crystal clear on this matter, and the school violated it:

Article 28 of Arizona’s state constitution establishes English as “the official language of the state.”

Section 3 states: “A person shall not be discriminated against or penalized in any way because the person uses or attempts to use English in public or private.