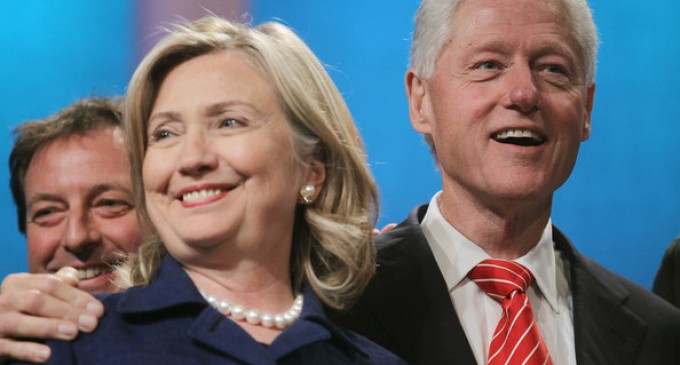 How much of the mainstream media can the Clinton's get their hands on? The Clinton's control so much of it that even a television network that spent $40 million to produce a miniseries canceled their own project after the Clinton's pressure to do so.

In 2006 ‘The path to 9/11' was banned by the Clinton's from being released to DVD or, ever being re-broadcast in America.

The award-winning filmmaker Cyrus Nowrasteh‘s miniseries covered the period surrounding the World Trade Center attacks of 1993 until September 11, 2001. Nowrasteh won an Emmy for the miniseries, and was nominated for six others, but once Disney/ABC aired it, in over a two night span it gained 20 million viewers, reports Breitbart.

Nowrasteh states that the U.S. censorship is worse than any country he has ever released his controversial political films in, because America is based on freedom, and “the country should know better,“ also pointing out that his film “is basically the only banned film in America.”

By now, the kind of things the Clinton's can get away with should be no surprise, but this is startling given the fact that the Clinton's outright violated first amendment rights. What made them so fearful of Nowrasteh‘s film to censor its entirety?