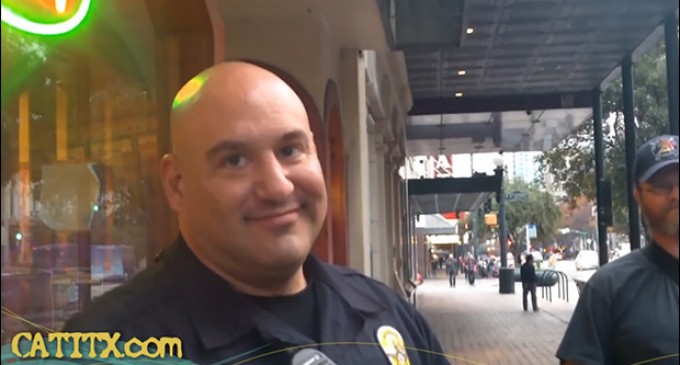 Austin police officer Mark Dale is a model cop. Watch this video where he speaks with members from “Come and Take It America”, who were practicing their open-carry rights in Austin, TX.

After posting so many stories of police brutality and traitorous law enforcement over the past year, watching this very friendly, constitutional police officer is very refreshing!