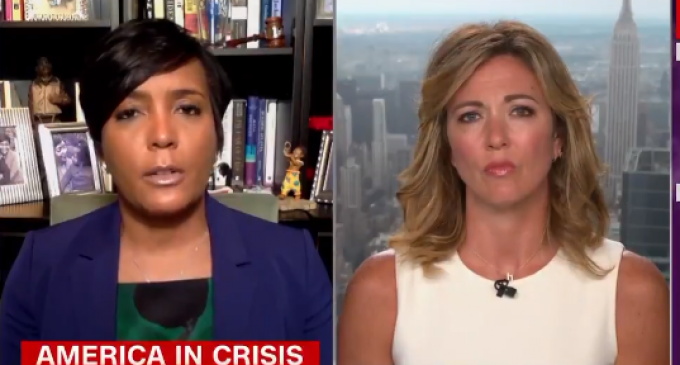 Atlanta Mayor Keisha Lance Bottoms on Monday, following the shooting death of an 8-year-old girl, laid blame for the spike in gun violence on President Trump’s “lack of leadership” and “systemic racism.”

Bottoms, a Democrat who has tested positive for the coronavirus, made the comments a day after Republican Georgia Gov. Brian Kemp declared a state of emergency following an uptick in shootings over the July Fourth weekend that killed five people and injured 31.

The move authorizes the activation of 1,000 National Guard troops to “protect state property and patrol our streets.”

“Peaceful protests were hijacked by criminals with a dangerous, destructive agenda. Now, innocent Georgians are being targeted, shot, and left for dead,” Kemp said. “This lawlessness must be stopped and order restored in our capital city.”

See video on the next page.