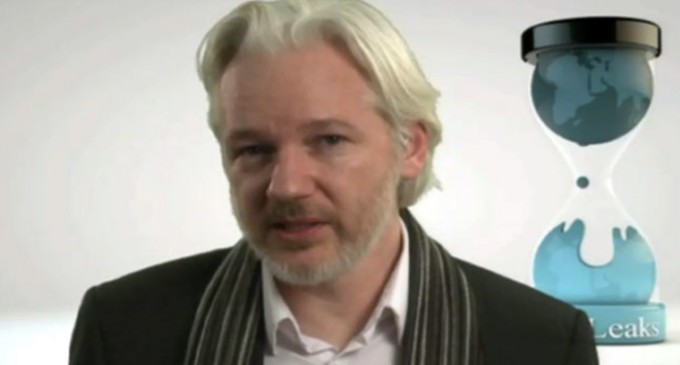 Wikileaks founder, Julian Assange, stated recently that the NSA and GCHQ will soon have the ability to spy on everyone in the entire world.

He states that we are “moving into a new totalitarian world — not in the sense of Stalin or Pol Pot, but totalitarian in the sense that the surveillance is total, so that no one can exist outside the state…..”

That being true, means the solution is to reduce the governments.

The NSA and GCHQ will soon have the ability to spy on the entire planet, as their capabilities double every 18 months, Julian Assange told the South by Southwest (SXSW) conference on Saturday.

The Wikileaks founder made a Skype appearance at the interactive technology festival, which is taking place in the city of Austin.

“The ability to surveil everyone on the planet is almost there, and arguably will be there in a few years,” said Assange. “And that’s led to a huge transfer of power from the people who are surveilled upon to those who control the surveillance complex. It’s an interesting postmodern version of power.”

Assange also posed the question, “How is it that the internet that everyone looked upon as perhaps the greatest tool of human creation that had ever been has, in fact, been co-opted and [is] now involved in the most aggressive form of state surveillance the world has ever seen?”

Prior to the Edward Snowden leaks, the NSA's public relations campaign was non-existent, Assange told the large audience while speaking from the Ecuadorian embassy in London. In fact, reporters used to joke that NSA stood for “no such agency.”

Snowden, a former contractor for the agency, last year exposed mass global surveillance programs led by the NSA and Government Communications Headquarters (GCHQ), its British counterpart. The leaks exposed the agencies' practices of tapping the internet networks, emails, and phone calls of millions of ordinary citizens and political leaders.

Assange criticized the current power balance as “totalitarian dystopia,” by which he meant that “surveillance is total, so that no one exists outside the state.”

Whereas only four years ago the internet was largely an apolitical space, it is has now – through movements such as the Arab Spring and the Occupy movement – become a tool to motivate and organize political change. This means that those in power will seek to control and surveil such a tool, the Australian activist said.

To showcase the claim, Assange pointed at Snowden and various other whistleblowers, including those from Wikileaks.

British journalist and legal researcher Sarah Harrison, US filmmaker Laura Poitrasa, and US computer security researcher Jacob Applebaum are now all living in effective exile in Berlin, while Glenn Greenwald – who used to be a freelance writer for the Guardian and wrote many of the reports from Edward Snowden on the NSA – is in Brazil. Edward Snowden himself was forced to seek asylum in Russia.

Partly as a result of the NSA leaks scandal, Brazil has become a powerful advocate of trying to limitmass global surveillance. In April, the country will try to introduce changes to the Internet Corporation for Assigned Names and Numbers (ICANN) regulations. ICANN is responsible for the coordination of the global internet's systems.

“We know what happens when a government gets serious: someone gets fired, prosecuted, etc. These have not happened to the NSA,” he said.

“There has been a military occupation of internet space – a very serious phenomenon,” Assange told the attendees.

“Only a fool has no fear. Courage is seeing fear,” he said.