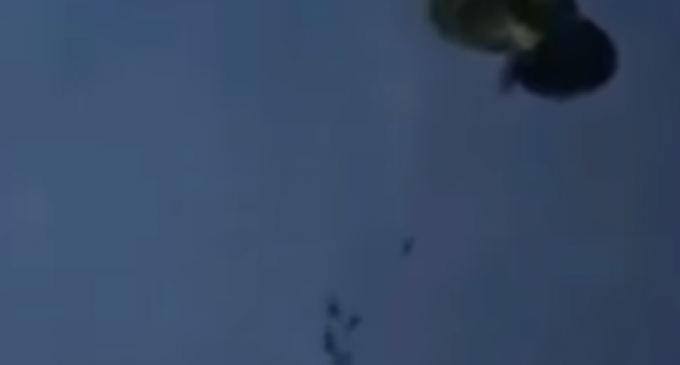 While the Obama administration continues to turn a blind eye to the myriad problems plaguing our military, servicemen are the ones who have to reap the consequences of this neglect.

In a shocking example of the growing logistical issues within the armed forces, the 173rd Airborne Brigade has announced that it will look into a recent training incident that left three humvees destroyed.

The mishap took place during an Army exercise in Germany, where both personnel, supplies, and weapons were airdropped onto a field. Although all servicemen thankfully made it through the operation without being harmed, several of their vehicles weren't so lucky.

As a now-viral Internet video shows, three humvees somehow slipped out of their rigging and detached from their parachutes, plummeting to the ground where they landed in gusts of smoke. At least one of the vehicles was observed to be on fire by one of the people recording the disaster.

Read more about this unbelievable incident on the next page: