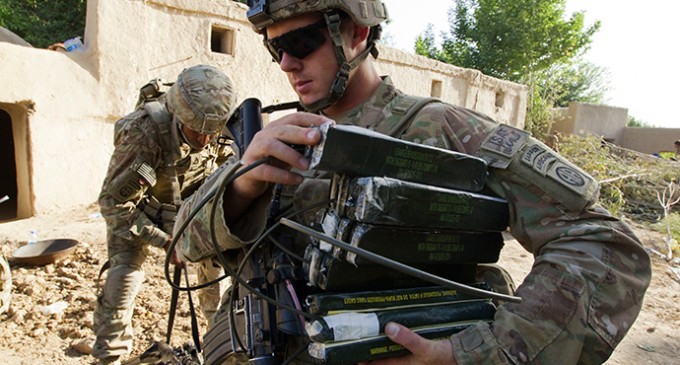 The Department of State is looking to buy hundreds of pounds of plastic explosives and detonator devices, according to several solicitations posted publically on FBO.gov, the website where federal offices can ask for quotes from contractors.

The Department of State usually deals with foreign policy, not explosives. So why the purchase? When asked by a reporter, the State Dept. simply laughed it off.

But then again, Obama has strangely added paramilitary SWAT teams to various federal agencies who didn't have them before, such as he Department of Agriculture, the Railroad Retirement Board, the Tennessee Valley Authority, the Office of Personnel Management, the Consumer Product Safety Commission, and the U.S. Fish and Wildlife Service.

Is it any more obvious that our federal government, with all the purchases of weapons, arming of federal agencies and labeling of conservatives as ‘domestic terrorists', targeting of IRS against conservatives, spying on our every move by the NSA, etc, is preparing for action against the American people?

The Department of State is shopping around for hundreds of pounds of plastic explosives and detonator devices, a new report reveals, raising concerns regarding an American agency that usually deals with foreign policy, not dynamite procurement.

Even after several solicitations for explosives were posted publically on the website where federal offices can ask for quotes from contractors, however, representatives at the United States State Dept. have reportedly laughed at questions from reporters wanting to know why the requests have been made.

Earlier this week, Steve Peacock at WND became the first to write about procurement documents on FBO.gov in which the State Dept. filed no fewer than four separate orders for high-powered explosives, detonating chords, blasting caps and fuse igniters.

Then late Monday, Peacock wrote that requests for comment from the State Dept. were met with laughter.

“For what purpose is the department making these purchases? How – and where and by whom – will these explosives be used?” the reporter asked.

According to WND’s second report in two days on the matter, a State Dept. public affairs specialist laughed and said, “I’m not sure what you’re looking for.”

“WND is pressing the federal department to explain how the explosives fit with its mission to ‘shape and sustain a peaceful, prosperous, just, and democratic world and foster conditions for stability and progress for the benefit of the American people and people everywhere,’” Peacock wrote. So far, though, those attempts have proved to be unsuccessful.

The procurement documents in question include a handful of requests filed under the “ammunition and explosives” category on the Federal Business Opportunities website, where three postings were published since April 23, 2014. Other federal departments that have filed postings under that category in that same span include the Departments of the Air Force, Army, Navy and NASA.

That first invitation for bids acknowledges that the Department of State requires boxes of military grade blasting caps, at least 1,000 feet of detonating cord and inert TNT. Others posted that same week include requests for fuse igniters and blocks of Comp C-4 Explosive.

Also among the items the State Dept. expressed an interest in buying are detonating chords “designed to maximize explosive efficiency [and] provide the operator with a variety of options for external and close quarter breaching,” and a “Water charge used to defeat inward and outward opening metal doors, rollup garage doors, dry walls, and hollow block walls.”