Before protesting outside the mosque, the bikers will meet at a nearby Denny's to hold their own little “Draw Muhammad” event and will take the illustrations of the Muslim prophet with them to the protest at 6:15 in the evening – the same time the Muslim community with gather outside.

Local police and FBI have been informed of the event and the Muslim community is surely aware. Will we see radical Muslims initiate violence? Today also happens to be the Muslim day of communal prayer, further adding to the likelihood that the peaceful protest will be anything but.

ROUND 2!!!!!!! This will be a PEACEFUL protest in front of the Islamic Community Center in Phoenix AZ. This is in response to the recent attack in Texas where 2 armed terrorist, with ties to ISIS, attempted Jihad. Everyone is encouraged to bring American Flags and any message that you would like to send to the known acquaintances of the 2 gunmen. This Islamic Community Center is a known place that the 2 terrorist frequented. People are also encouraged to utilize there [sic] second amendment right at this event just incase [sic] our first amendment comes under the much anticipated attack.

The Mosque is the former site of worship for Elton Simpson and Nadir Soofi, who were killed after opening fire outside Pamela Geller’s May 3 contest featuring cartoons of the Prophet Mohammed in suburban Dallas. 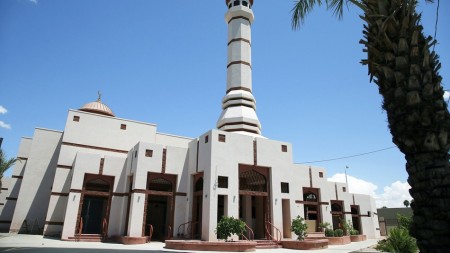 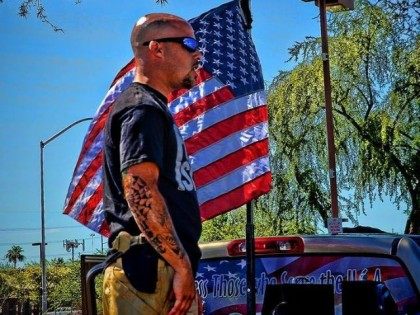 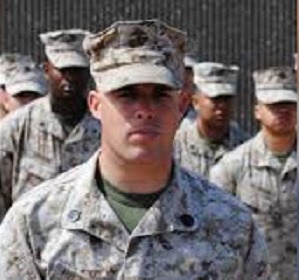 The event already has many signups, there could be hundreds involved by 6:15pm.

As of Wednesday morning, 128 people had signed up to attend the Phoenix rally.

There are a few important points about this event that are worth noting, briefly.

The FBI is currently investigating threatening letters that were sent to the mosque, and an entourage of armed people gathered outside of it on Friday evening will only make matters worse.