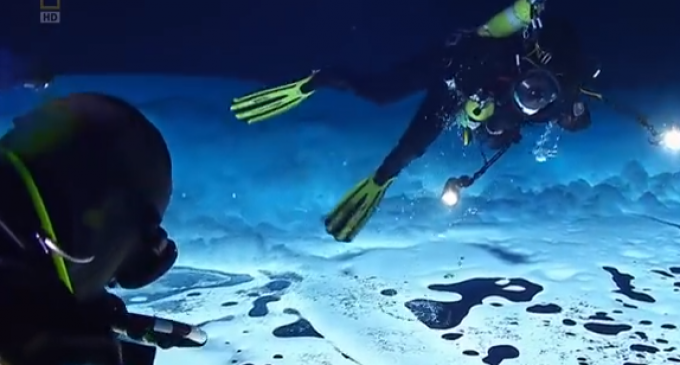 While some politicians and scientists embrace global warming and climate change with almost religious fervor, new evidence has surfaced to suggest the science is not in fact settled.

Researchers off the coast of Norway’s Svalbard archipelago have discovered that where methane gas bubbles up from seafloor seeps, surface waters above the seeps absorb twice as much carbon dioxide as surrounding waters, thus lessening the impact of climate change.

The previous assumption had been that methane seeps would inevitably increase the amount of greenhouse gases. Seeps occur above fissures on the seafloor caused of the earth’s tectonic activity.

Biogeochemist John Pohlman of the U.S. Geological Survey in Woods Hole, Massachusetts, began the research near Svalbard to learn just how much methane the Arctic Ocean was contributing to the global balance in the atmosphere.

Find out just how surprising the findings were not only to the Pohlman team but other scientists looking at the same issue regarding methane. It’s all found on the next page.