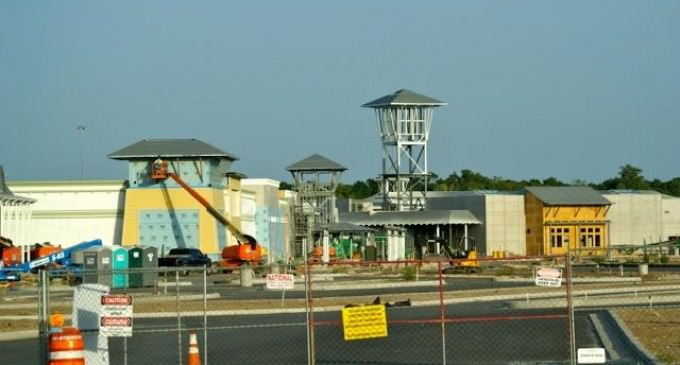 Why are brand new strip malls, and closed strip malls, and SCHOOLS being designed with what clearly looks like guard towers – and in a manner that would easily give way to them becoming FEMA camps?

Is this a paranoid question?

Is this tinfoil hat wearing stuff?

Well, if you believe that this economy will soon die, because you are aware that everything is being sustained by a money printing scheme, then you MUST asknowledge that if the economy will die, then you also must acknowledge that when everything does go down then the average American will be in great need of food and water and the basic necessities.

Where do the rest of the population go in the event of massive civil unrest?

According to the architects who voice their opinions, there are many newly created facilities around the United States that can serve the same purpose as these FEMA camps with just a tiny bit of retrofitting.