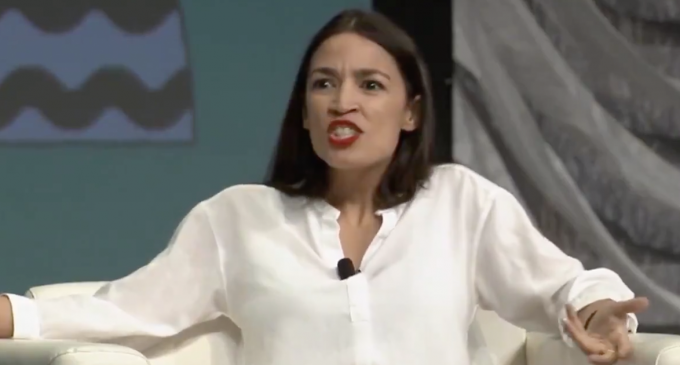 “I think the thing that is really hard for people to sometimes see is that when we are on this path of a slow erosion and a slow, slow, slow, just like move away from what we've always been, we'll be a hundred miles, you'll, you know you won't even realize that you've drifted a hundred miles,” Ocasio-Cortez said. “So, when someone's talking about our core, it's like oh this is radical, but this isn't radical, this is what we've always been.”

“It's just that now we've strayed so far away from what has really made us powerful, and just, and good, and equitable, and productive, and so I think all of these things sound radical compared to where we are but where we are is not a good thing,” Ocasio-Cortez continued. “And this idea of like 10% better from garbage, is, shouldn't be what we settle for, it's like this like it feels like moderate is not a stance it's just an attitude toward life of like ‘hmmm.'”

Continue to the next page for the interview.